The DDoS parasite is an infected computer that will slowly attack your website to download and abuse all your available bandwidth.

DDoS parasites typically do not bring down their host, are generally much smaller in size, and will often slowly attack their host for an extended period of time without being noticed.

The number of connections are between 100 to 500 and we can see the results of this Free DDoS test of 1 minute.

It’s so small that you would not notice it

The response time of your website from an external user’s perspective while under attack looks perfectly normal. 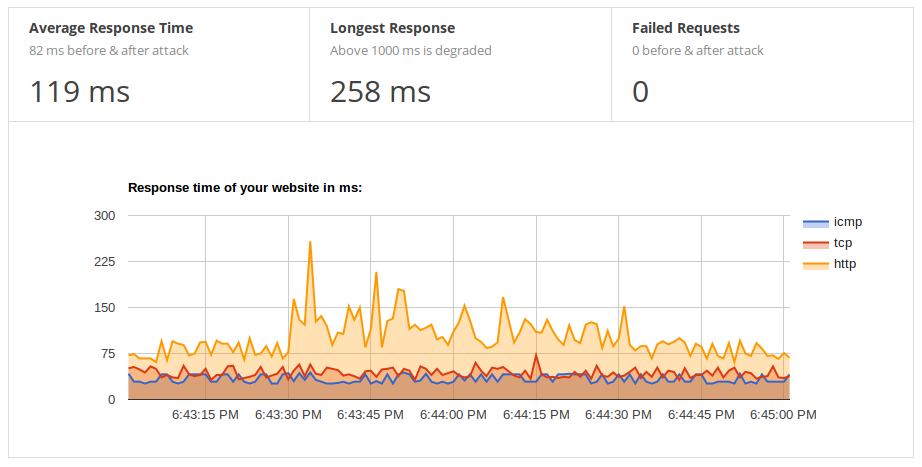 Why bother if we don’t notice it?

The DDoS parasite will connect to your server, start downloading in loop a webpage and force your server to upload bandwidth. In this Free DDoS test your server could potentially upload 195 Tbytes of bandwidth in a month. 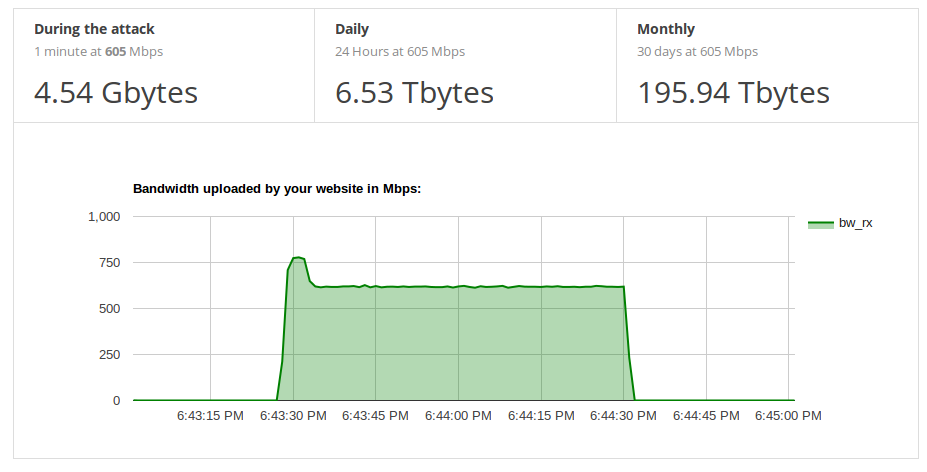 How much 195 Tbytes would cost your business?

The cloud providers sell to your business the bandwidth that your server uploads. The price vary between $0.02 to $0.12 per Gbytes. 195 Tbytes would cost your business more than $12K when hosted with a cloud provider like AWS, Google, Azure, Rackspace, Softlayer. 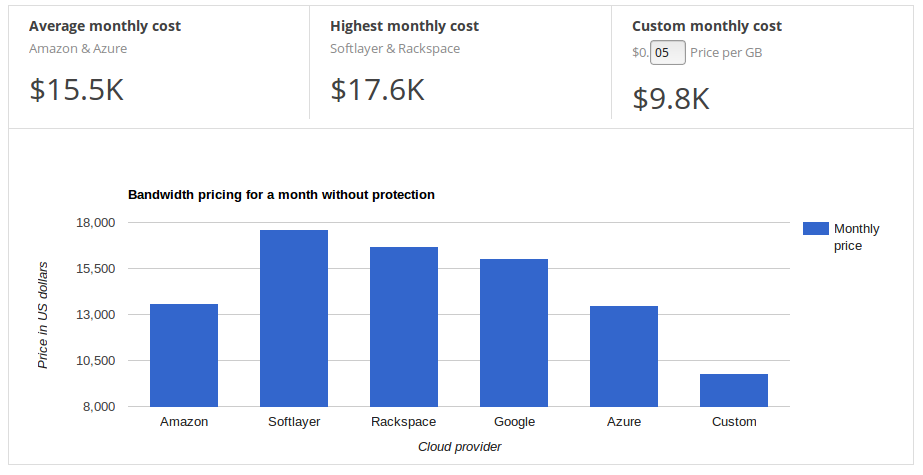